English closed captions available.
In practice, what happens? What does the doctor tell the patient? What does the patient understand? Who makes the final decision? Hello, my name is Audrey Ferron Parayre, I am a professor at the University of Ottawa's Civil Law Section. I chose to do my thesis on health law – on consent to care, more specifically – after my Master's degree. It was a natural continuity between the Master's work I had done, which was on shared decision-making. Basically, it's a concept that's used particularly in medicine to describe the relationship between the patient and the caregiver. On a kind of spectrum, there is medical paternalism, where the caregiver is seen as the person who makes the decision, who imposes a medical choice because he is the expert, and the patient "submits" to the care. Then, at the other end of the spectrum, we have what is often called medical consumerism, where it is rather the opposite: the patient arrives having self-diagnosed the problem, having already an idea of the prescription they want, and, finally, the doctor is there to put a stamp on what the patient already wants to have. Shared decision-making lies somewhere in between, in fact. Obviously, we recognize the medical expertise, but we also recognize a great deal of expertise in the patient, who is de facto the person who best knows the symptoms, their ability to manage them, what constitutes a quality of life for them, what constitutes a side effect that is not tolerable versus a side effect that is. So we're combining these two areas of expertise with the help of evidence and patient experience to have shared decision-making, so to speak, between the caregiver and the patient. It is increasingly seen in research as something that provides optimal healthcare, in fact, where we have the greatest adherence of patients to treatment, the best long-term health outcomes, so both from an individual point of view – the quality of the relationship, the satisfaction of both parties – but also from a public health point of view: what, as a population, we obtain as an outcome. As I progressed, I refocused my interest on the informed nature of care, so really, the exchange of information between the caregiver and the patient. That was really the heart of the research: to test to what extent there is an adequacy between the law idealized by our courts and the reality of the field. The adequacy between the law as it stands, that is to say what we know as jurists that informed consent to care should be, and what happens in reality, is that there is a significant gap. There is a significant gap between what the law says and what is experienced in clinical practice. There are several factors that explain this. There are both systemic constraints, i.e. lack of time, and lack of training for physicians. What came up a lot was that they are not given much explanation of the legal issues related to this. From what I've heard, they sometimes have classes during their preparation to be a doctor where this will be explained to them, but one of the residents said, "Until we do it, it kind of goes over our heads – it's very abstract and we don't retain it”. After that, they get into residency and then what's going to happen is their supervisor’s pattern is just going to be repeated. So if they have a supervisor who does a good informed consent process, they'll learn that process; they'll repeat it. And conversely, they're also going to repeat bad behaviors, because that's how they're going to learn. Of all the factors that explain the ineffectiveness of the right to informed consent to care, the one that surprised me the most, and because it wasn't really something I was going to look into in the first place, was sanctions. It's how the law punishes inadequate behaviour by physicians in terms of informed consent to care. I didn't want to look at that. I really wanted to look at the practices and make an observation on the practices. What came back, as I was looking around, and particularly in the focus group with the physicians, was that they have a real fear of the law. It scares them. They're afraid of being sued, they don't understand, they feel like it's changing a lot. What was fascinating was to look at the medical liability cases for informed consent – so when there was a deficit in the information that was given – and the ethics cases, to realize that in fact, the sanctions are practically non-existent. It is extremely difficult for a patient to win a case against a physician when they allege that the physician did not provide all the information needed to give consent. We cannot study this subject and, above all, arrive at solutions that are eventually sustainable if we polarize the debate. We need to find a way to bring people who initially have different views and disagree with each other to points of convergence to try to have a real and lasting positive impact on clinical practice.

What is the relationship between doctor and patient when it comes to making important medical decisions? Should a doctor – the medical expert – impose a decision on a patient? Or should a patient – the one who experiences the symptoms and their effects – be the one to choose how they are treated?

Audrey Ferron Parayre, Assistant Professor in the University of Ottawa’s Civil Law Section, is interested in how clinical practices in healthcare relate to the legal standards in place to protect doctors and patients. In this video, she discusses her research on how information is shared between caregivers and patients, exploring what is actually happening in practice. What do doctors tell patients? What do patients understand? And who makes the final decisions?

Professor Ferron Parayre’s interdisciplinary, empirical research has uncovered significant gaps between what the law says about informed consent and what is actually experienced in clinical practice. While there is much work to be done, her efforts to explore the perspectives of the various stakeholders and the possibilities of shared decision-making practices reveal important opportunities for lasting solutions. 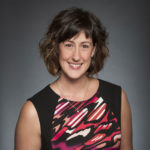 Audrey Ferron Parayre is an Assistant Professor in the Civil Law Section, and a member of the Center for Health Law, Policy and Ethics at the University of Ottawa. Her research and teaching interests focus on human rights, health law, fundamental rights and freedoms, the effectiveness of law and the transfer of knowledge. Her interdisciplinary career has led her to use empirical research methods, both qualitative and quantitative, in her various research projects.