The Mike Ward case: The conflict between freedom of expression and the right to dignity

From September 2010 to March 2013, Mike Ward, a Quebec comedian, presented a routine and produced a video clip in which he made fun of certain personalities of the Quebec artistic milieu. Among others, Jérémy Gabriel, a public figure with a disability. The Ward decision illustrates the reality of the conflicts that can arise between freedom of expression and the right to preserve one’s dignity. In order to shed light on these conflicts and their impact, we met with professor Ghislain Otis and humorist David Iarusso.

Ghislain Otis – Professor, Faculty of Law – University of Ottawa: The Ward case shows a confrontation between, on the one hand, the right to the preservation of one’s dignity, which was invoked on behalf of the child by the Human Rights Commission, and, on the other hand, the right to freedom of expression, which was put forward by the defendant comedian, Mr. Ward, in the context of an action for discrimination. It should be noted that under the Quebec Charter of Rights and Freedoms, the anti-discrimination standard is not totally independent of other rights and freedoms. In this case, the right to the preservation of one’s dignity was mentioned. When two rights collide, as in the Ward case, well, it is then up to the court to resolve the conflict between these rights, by deciding which right will prevail in the particular circumstances of a case. It is very important to know that in the context of the confrontation between freedom of expression and the right to dignity, the text of the Charter does not prescribe any predetermined hierarchy between the rights. It is therefore up to the judge to determine which will prevail in light of the circumstances of each case. The Supreme Court resolved the conflict by drawing the criteria from section 9.1 of the Quebec Charter; the impact of the message of the challenged speech must be such that it would incite a reasonable person to harbour such a feeling of disgust, contempt or detestation towards the person targeted by the speech, that it would induce in that reasonable person a discriminatory conduct or attitude towards the targeted person.

David Iarusso – Comedian: I think freedom of expression is important to any performer’s routine, be it stand-up comedy or performance art or dance, or whatnot. Of course, some of these routines can be very explicit and offend people, but yes, I believe that freedom of expression is important to my routine, even if it is self-deprecative and speaking about myself. Sometimes people might be offended by a word or a topic I talk about, so it is very important.

In the Supreme Court of Canada, a majority reversed the lower court’s decision in favour of Mr. Ward, the final decision being 5 to 4.

Ghislain Otis – Professor, Faculty of Law – University of Ottawa: The Supreme Court justices were so divided because they differed in their understanding of the legitimate limits of a caricature when the target of the caricature happens to be a disabled child. The minority judges, unlike the majority, approached the case entirely through the prism of protecting children with disabilities as vulnerable persons in need of protection even when the child in question is a public figure. And I think that’s where the key to the division between the judges lies. And as a result, the minority justices have taken a much broader and more flexible approach to human dignity and disability discrimination than the majority, which has clearly and centrally valued free speech.

So the Ward case is one of those situations where either solution is equally rational and reasonable, and therefore, in this case, to decide, first, one must resort to an act of judgment, an act of will, and not necessarily to an act of knowledge.

David Iarusso – Comedian: There could be certain jokes that hurt people. Now this was something that was directed to a young boy, who’s now a little older, but we make jokes about politicians, and other artists. No one is really protected from being made fun of. Should he be censored? No, I don’t think so. I think the Mike Ward decision definitely has and had an impact on the comedy community, we’ve all had to think twice of what we can say now, or what will be held against us moving forward. It does have an impact on freedom of expression, again because us as comedians we might be afraid to now say something that will be held against us, but then, towards dignity, Jérémy does deserve dignity. However, you know, I think it’s important, again, the context of what’s being said and where it’s being said. This is being said in a comedy club, people are there to see a comedian and laugh, you know, despite the topic of the joke. Maybe I’m wrong, but I don’t see this going to a place where we’re going to start being censored for what we are saying, again, at the job. I understand on social media, where you’re just expressing your opinion to the world — that’s different, but when it comes to performance arts, it should be taken with a grain of salt.

Ghislain Otis – Professor, Faculty of Law – University of Ottawa: Would the Supreme Court have judged Mike Ward, a private citizen, in the same way it judged Mike Ward, a comedian? The Court says: “artists are not immune from the obligation to respect fundamental rights”, but at the same time, it takes into account the fact that here, we have a particular type of artistic discourse, namely humour, and that it is absolutely necessary to take into consideration the very singular nature and context of a comedy show. If the artist does not adopt the codes of humour and adopts a form of artistic expression that ultimately causes a reasonable person to harbour feelings of detestation and discrimination against the person who is the subject of the artistic expression, the conclusion might be different.

David Iarusso – Comedian: There are limits to comedy, I think, as we grow as a society and move forward, we have to recognize certain words do hurt people and you don’t need to use those words to get your message across. For example, the N-word, you know, or anything homophobic. We don’t really need to use those words anymore, there was a time where it was part of some people’s routines, and we laughed. As long as we evolve, I think anytime to perform or act would be okay, as long as we’ve learned from our mistakes.

As an essential part of any free and democratic society, freedom of expression regularly finds itself in the spotlight. As the case of Ward v. Quebec (Commission des droits de la personne et des droits de la jeunesse) demonstrates, when this freedom runs up against another fundamental right, such as the right to safeguard one’s dignity, honour and reputation, the resulting conflict of rights gives rise to captivating, but also divisive, legal, legislative and social debates.

In this video, students from the Civil Law Section of the University of Ottawa’s Faculty of Law explore the clash between freedom of expression and the right to dignity in the context of the high-profile Ward decision. They meet with professor and lawyer Ghislain Otis, a specialist in constitutional law and human rights, to analyze the opposing legal concepts in this decision and the resulting impacts. They also speak with Montreal-area comedian David larusso about the impact of this decision on the stand-up comedy community.

This visual advocacy video was produced by Bianca Saramuzzi, Shira Aflalo, Jean-Olivier Savoie, Ricky Sirroi and Georges Lazaridis as part of the Visual Advocacy – Law and Film course at the University of Ottawa, Faculty of Law, Civil Law Section.

References and useful links
About the Project 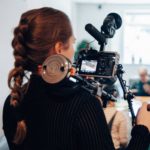