Legal responses to COVID-19: The unsung work of legislative drafters

The COVID-19 pandemic has necessitated unprecedented action from governments around the world. In Canada, significant measures were put in place to limit the impact of the pandemic on Canadians. Most of these measures required the intervention of legislative drafters who urgently prepared the texts of the laws and regulations that enabled governments to take action in response to the health crisis.

This JuriDoc exposes the behind-the-scenes work of these drafters who work tirelessly at the service of our governments, and whose contributions are fundamental to both democracy and the rule of law in Canada. Through interviews with lawyers working for the Department of Justice Canada, this video provides an overview of the legislative and regulatory processes, presenting the working methods used by the Government of Canada in the development of legislation and regulations. It offers unique insight into this little-known legal practice and documents how these experts participated in the collective effort to respond to the COVID-19 crisis.

This video is the first in a series of posts that will give voice to the lawyers who were on the front lines of Canada’s legal response to COVID-19.

References and Useful Links
About our guests 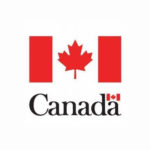 Legislative drafters from the Department of Justice Canada

Miriam Brouillet, Aleksander Hynnä and Robert Dufresne are legal counsel and legislative drafters at the Department of Justice Canada.

The Department of Justice works to ensure that Canada’s justice system is as fair, accessible and efficient as possible. The Department helps the federal government to develop policy and to draft and reform laws as needed. It also acts as the government’s legal adviser, providing legal counsel and support, and representing the Government of Canada in court.