In this video, Aleksander Hynna discusses how he became interested in legislative drafting. Closed captions available.

My name is Aleksander Hynna, Alex. I’m general counsel with the legislation section, Department of Justice.

I have a degree in music from McGill. I had dreams of becoming a professional musician. By the end of my time there, I knew it probably wasn’t going to be for me after all. So, I went looking for something to do and ended up in law school. I went to University of Toronto Law School.

I thought I wanted to be a litigator. I worked as a litigator for the first couple of years. I was wrong about that. I did not want to be a litigator and I found that out pretty quickly. But I did know that I enjoyed the process of creating legal arguments, written legal arguments. So, I found that process of trying to figure out exactly what it is we’re trying to say and then how to say it in the best possible way, I found that to be really interesting. So, I actually started thinking that perhaps legislative drafting might be one potential career path down the road. I also discovered that I really enjoyed public law, the public law area, a lot more.

Yes, we’re specialists. Absolutely. It’s a very niche area of law that doesn’t get talked about a lot in law school, for instance. But it’s also a general practice in the sense that I draft statutes having to do with just about any area that Parliament has jurisdiction in.

Understanding as deeply as possible the idea we are trying to convey and then expressing it in the best possible way through words. This fundamental challenge — faced by all jurists — is of great interest to Aleksander Hynna and is at the heart of his work as General Counsel with the Legislative Services Branch at the Department of Justice Canada.

After several years in private practice, Mr. Hynna realized that he was not interested in being a litigator. He did, however, enjoy the process of drafting legal texts and finding the right words to express ideas or strengthen a point of law. It was this interest that led him to a career in legislative drafting at the Department of Justice Canada. Mr. Hynna is a member of the Legislative Services Branch, which provides advice and drafts laws and regulations for the Government of Canada. Mr. Hynna’s job is to express, in words, “the intention of the legislator” on behalf of the Government of Canada, in addition to providing advice to Cabinet and to government departments on how legislation should be structured.

As Mr. Hynna notes, the role of a legislative counsel requires a very specialized set of skills. But it’s a role that also exposes those who choose this path to a multitude of legal fields as they may be called upon to address a wide range of legislative and regulatory texts in their practice. Ultimately, it is an ideal area of practice for those who appreciate finding the right word!

About the Legal Practitioner 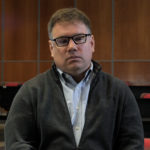