Environmental Law and Global Sustainability, and I represented, with my brilliant co-counsel Professor Anne Levesque, Friends of the Earth and the National Association of Women and the Law in the Supreme Court’s case on the national carbon pricing law.

This case was a division of powers case; it was essentially asking whether Canada’s carbon pricing law the Greenhouse Gas Pollution Pricing Act or GGPPA was constitutional. So it was really a case looking to decide whether the federal government had the constitutional authority to implement this Act.

So we brought a climate Justice and a feminist argument before the court and what we were arguing is that the court needed to uphold this law and that the federal government had ample jurisdiction to pass this law because to not do so would be to exacerbate inequalities.

So the arguments that we brought before the court were firstly that climate change exacerbates inequalities. We were arguing that the court should uphold this law because it’s an equality affirming interpretation of the Constitution and one that aligns the division of powers with the Charter.

The argument that the provinces had put forward, essentially that the division of power should be interpreted in a zero-sum game in a way, essentially, that upholding the federal law would remove provincial jurisdiction, and we argued that that was an old-fashioned, outdated kind of watertight interpretation of the Constitution.

We also argued that, in applying the national concern test that the court was looking at, that the court had to balance the scale of impact on provincial jurisdiction with the impact that climate change will have on vulnerable groups.

So the court didn’t explicitly cite our submissions, but they did agree with us, the majority agreed very much with what we’d argued. So three things: first of all, the court actually recognized that climate change has disproportionate impacts on certain groups and certain regions, so it recognized, for instance, that climate change is going to have profound impacts on Indigenous communities and on regions like the Arctic and coastal communities. And secondly, it rejected the arguments that the opposing provinces had made that the Constitution should be interpreted in this zero-sum fashion where regulations of greenhouse gas emissions belonged either to the federal or the provincial government, but not both.

In analyzing the national concern branch, in looking at the scale of impact part of the test, the court recognized that while it’s considering the potential impact that upholding federal jurisdiction could have on provincial autonomy, it has to balance that in a way that potentially very irreversible and grave harms that could be caused for certain vulnerable groups including Indigenous communities. So it brought this climate justice consideration into the national concern test, which was really what we were arguing, so that was really fantastic.

I wasn’t exactly surprised, mainly because I had felt that legally and morally this was the correct decision. But of course, I was pleased with the outcome and relieved in some sense because you can never predict what’s going to happen. But I was, I felt like this was the right decision and so I was very pleased that the majority of the court came to that conclusion as well.

It was also really important internationally because this is, I think, the first case that I’m aware of where the court recognized the value of carbon pricing as an effective and efficient tool in the fight against climate change.

It was really a privilege to work with a really great team of colleagues here at the University, and also students, so I had so many fantastic research assistants who helped me along the way, both with my research that led me to being involved in this case and then the actual preparation of the arguments.

I think that having been able to go to the Supreme Court and make written submissions, but also speak even for just five minutes on behalf of an intervener about what I truly believe in and about what I think is such an incredibly important decision, it was, it was an incredible privilege.

Several professors from the Faculty of Law at the University of Ottawa intervened in the References re Greenhouse Gas Pollution Pricing Act before the Supreme Court of Canada. In our new Carbon Pricing Series, we learn about their experiences and the arguments they made on behalf of their clients.

In this video, Professor Nathalie Chalifour speaks about her role as an intervener alongside her co-counsel, Professor Anne Levesque, as they represented Friends of the Earth and the National Association of Women in the Law (NAWL). As interveners, they brought a climate justice and feminist argument before the Court, arguing that climate change can have a severe impact on vulnerable groups and risks worsening existing inequalities. Upholding the carbon pricing law under the national concern branch of peace, order and good government is therefore an equality-affirming interpretation of the Constitution.

The Greenhouse Gas Pollution Pricing Act is an Act of the Parliament of Canada that sets a minimum national standard on greenhouse gas pricing to reduce emissions in Canada and fulfil the country’s commitments under the 2015 Paris Agreement. Some Canadian provinces challenged the constitutionality of that Act, taking the case to the Supreme Court of Canada based on an argument that it was beyond the jurisdiction of the federal government to impose a national standard on greenhouse emissions because natural resource regulation under the Constitution falls under provincial jurisdiction.

On March 25, 2021, the Supreme Court of Canada, in the landmark decision References re Greenhouse Gas Pollution Pricing Act, ruled that the Greenhouse Gas Pollution Pricing Act is a valid exercise of federal powers. The Court found that climate change is an existential threat to human life that the issue must be approached as a matter of national concern through coordinated national and international efforts.

Learn more
About the Researcher 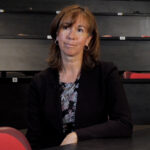 Nathalie Chalifour is an Associate Professor at the Faculty of Law and Co-Director of the Centre for Environmental Law and Global Sustainability at the University of Ottawa. Her research focuses on the intersection between environmental law, the economy, and social justice. Her most recent articles focus on the constitutionality of carbon pricing policies, climate litigation, equality rights and the environment and sustainable food policy. She is the co-editor of three international books, including “Energy, Governance and Sustainability” and a collection on Environmental Taxation. Prior to joining the Law Faculty, Nathalie was senior advisor to the President of the National Round Table on the Environment and the Economy, and policy advisor for World Wildlife Fund and IUCN. She also taught at the University of Nairobi in Kenya. She holds a Doctorate in law from Stanford University (2005) and a Master in Juridical Sciences (1999) which she obtained as a Stanford Program in International Legal Studies Fellow and Fulbright scholar.