Malorie Kanaan: The power of police officers to randomly stop drivers of automobiles is found in section 636 of the Highway Safety Code. Police officers may stop a driver for three reasons: first, to check the driver’s license and insurance papers; second, to check the driver’s sobriety; and third, to check the mechanical condition of the vehicle. Over the past several decades, numerous studies have demonstrated that Black, Aboriginal and racialized people experience discrimination at all stages of the criminal justice system. This is particularly the case when they are stopped by the police. In this context, most manifestations of discrimination and racism take very subtle forms. They are the result of norms, institutional policies, laws or regulations that seem neutral, but that have a disproportionate impact on racialized populations. This is known as racial profiling. I am Malorie Kanaan, a Master’s student in Law and Social Justice at the University of Ottawa and research assistant to Dean Marie-Eve Sylvestre. Racial profiling is when a person in a position of authority, without reasonable cause or suspicion, subjects a person to differential treatment on the basis of presumed or actual membership factors, such as ethnicity or race. The purpose of our research is to document the nature of traffic stops and their impact on racialized populations in Quebec.

Me Arij Riahi: Several appellate courts have accepted ex officio knowledge of the existence of racial profiling within the criminal justice system.

Thierry Casséus: The interviews I conducted with racialized people in the targeted neighbourhoods document the impact of racial profiling at the individual and community levels.

Malorie Kanaan: In addition to being funded by SSHRC, this research is supported by the Observatoire des profilages. We are also collaborating with the Clinique juridique de Saint-Michel, the Ligue des droits – Section Québec and Lakay Média.

Pierre Richard Thomas: We are delighted to partner with this team of researchers in the fight against racial profiling.

Malorie Kanaan: Working on SSHRC-funded projects allows us to use our academic privilege to amplify the rights of people disproportionately affected by the law. It allows you to collaborate with community organizations that have a real understanding of the issues on the ground. It also allows for collaboration with researchers from different disciplines towards a common goal. The people I interviewed and met during this research will inspire my career and my sincere interest in the advancement of Canadian society.

In this video, chosen as one of the 25 finalist videos in The Storytellers challenge hosted by the Social Sciences and Humanities Research Council of Canada (SSHRC), Malorie Kanaan explains the research project she is undertaking with Marie-Eve Sylvestre, Dean of the Faculty of Law, Civil Law Section at the University of Ottawa.

For several years, studies have shown that Black, Indigenous and racialized people are stopped more often by the police, especially in the context of traffic stops.

While some of these stops can be attributed to racist behaviour by police officers acting on the basis of prejudice and stereotypes (direct discrimination), most manifestations of discrimination and racism take more subtle and insidious forms. They are the result of institutional norms, policies and practices, as well as seemingly neutral laws and regulations that facilitate and reinforce prejudice and/or disproportionately impact racialized populations (indirect discrimination).

Funded by SSHRC, this research project aims to document the nature of traffic stops and their resulting individual and community consequences on racialized people in Quebec. This work is directed by Marie-Eve Sylvestre and Dominique Bernier and carried out in collaboration with Malorie Kanaan, Me Arij Riahi (Clinique juridique du Grand Montréal), Thierry Casséus (doctoral student in social work at the Université de Montréal), the Clinique juridique Saint-Michel, the Observatoire des profilages, the Ligue des droits – Section Québec and Lakay Média.

References and useful links
About the Researcher 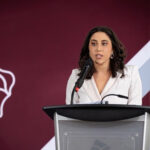 Malorie Kanaan holds a Bachelor of Civil Law and a Juris Doctor from the University of Ottawa. She is a Master’s candidate in Law and Social Justice and a Jacques Gaudreau Fellow in Human Rights. She is interested in issues of discrimination and profiling. She is currently working with a research team on a project to document the nature and consequences of traffic stops in Quebec.