I have been conducting research on death and the law for several years now. In Quebec, there is no law that determines the moment of death. In particular, articles 122-123 of the Civil Code of Quebec state that it is a physician or, failing that, two agents who will determine the death of an individual. But in no case will the law determine the moment of death. So I found this interesting to address at first, and then I thought, “but what is death in law? ”

Planiol, who was a French author, said “The dead are nothing”. Others have been a little less categorical, less fatalistic, and have written “the dead is a quasi-person”, “a half-person”, “a residual person”. I called that a zombie, the living dead.

What is one who is dead?

I started from this observation, therefore, of a corpse, of a person where one has a body while living, and then becomes just a body when one is dead. This oscillation, therefore, of the being, of moving from a subject of law towards an object of law, that interested me particularly, with regard to the question of legal status and also legal protection, in particular through the lens of human dignity.

These concepts of corpse, or even animal or robot, I have named them as ULOs, and not UFOs… They are unidentified legal objects, and that really concerns me, especially since in law, we have a legacy from Roman law, which really served as an inspiring force for the construction of our private law in Quebec. It is the distinction, or the summa divisio, between object, subject, person, property.

To say that a corpse is a subject of law would be false. On the other hand, to say that it is an object – equivalent to any other object – would be just as objectionable. So, these ULOs, as I call them, stimulate me a lot in my reflections, as a jurist of course, to revise the legal categories, to go further and perhaps propose an intermediate sui generis hybrid category that could respond more adequately to what they really are.

One could retort that it is theoretical to say “it is a good, it is a being, it is a subject, it is an object”, but in the end, what also interests me is to know how we can protect the corpse in law, in private law.

Since January 2019, the law on funeral activities has come into force, and this law tends to ensure respect, as well as the dignity of any corpse or human ashes. This law is of particular interest to me, I must admit, and I collaborate with the Corporation des thanatologues du Québec. I offer training in law to thanatologists and I learn a lot from thanatologists. I ask them the question: how are they going to apply the existence of this respect, this dignity that we owe to the corpse? What does it mean to treat a corpse, or to scatter the ashes, with respect and dignity?

These are vague, fuzzy, ambiguous terms, and I am very interested to know how we will apply this notion of dignity that could protect a corpse and also human ashes.

Legal protection of the human body is at the heart of several contemporary debates. In Western culture, the concept of legal personhood is usually associated with the living. However, while the law certainly protects people from their birth until their death, it does not necessarily abandon them when they pass away.

Mariève Lacroix, Associate Professor at the University of Ottawa, is interested in the legal status of the human cadaver. She explores how the law classifies mortal remains: is a corpse a person or a simple object? In short, do the dead have rights?

Professor Lacroix advocates for fair treatment of the human cadaver and raises questions of ethics and dignity that challenge the Quebec legislative framework. Her research contributes to a renewed consideration of these often taboo legal and social issues, particularly through her collaboration with the Corporation des thanatologues du Québec. 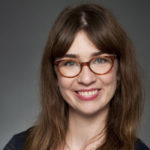 Mariève Lacroix is an Associate Professor in the Civil Law Section of the University of Ottawa. Her research and teaching interests in private law (obligations, persons and family) and comparative law (Franco-Swiss perspectives) include fundamental research as well as certain more practical dimensions. The versatility of her interests is demonstrated through her numerous articles in periodicals, contributions to collective works and monographs on a variety of subjects.