A law that punishes or a law that progresses: Research in law for sustainable solutions to social problems

How can we advance access to justice? How does such a goal fit into the efforts of a legal researcher?

In this video from our series ” Viv(r)e la recherche en droit ”, Marie-Eve Sylvestre examines the many examples of unfair and discriminatory practices within a criminal justice system that criminalizes poverty. She tells, for example, the story of Martine, a woman who suffers unduly in a criminal justice system ill-equipped to deal with her particular circumstances. And she examines how research in law gives us a better understanding of the complexities inherent in issues surrounding the regulation of marginalized people.

We thank the Law Foundation of Ontario whose financial support made this series possible. 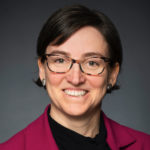 Marie-Eve Sylvestre is Dean and Full Professor at the Faculty of Law, Civil Law Section. Her research focuses on the punitive regulation of poverty and social conflicts related to the occupation of public spaces in Canada (including conflicts related to homelessness, sex work, drug and alcohol use and political protests), as well as alternatives to criminalization including in the Indigenous context. She has published extensively in international and Canadian journals in law, criminology and geography. Her book Red Zones: Criminal Law and the Territorial Governance of Marginalized People, written with co-authors Nicholas Blomley and Céline Bellot, was published in 2020 at Cambridge University Press.